Many of you probably heard about the police dog who was shot in the line of duty on February 21st. I am happy to share that Anoka’s K-9 Bravo made a complete recovery and returned to work full time at the beginning of the month. Tragically, not all stories involving law enforcement officers being shot at have a happy ending like this one, and it is for that very reason I believe it is crucial to recognize the many brave men and women who put their lives on the line for us every day without knowing whether they will be seriously injured or killed. 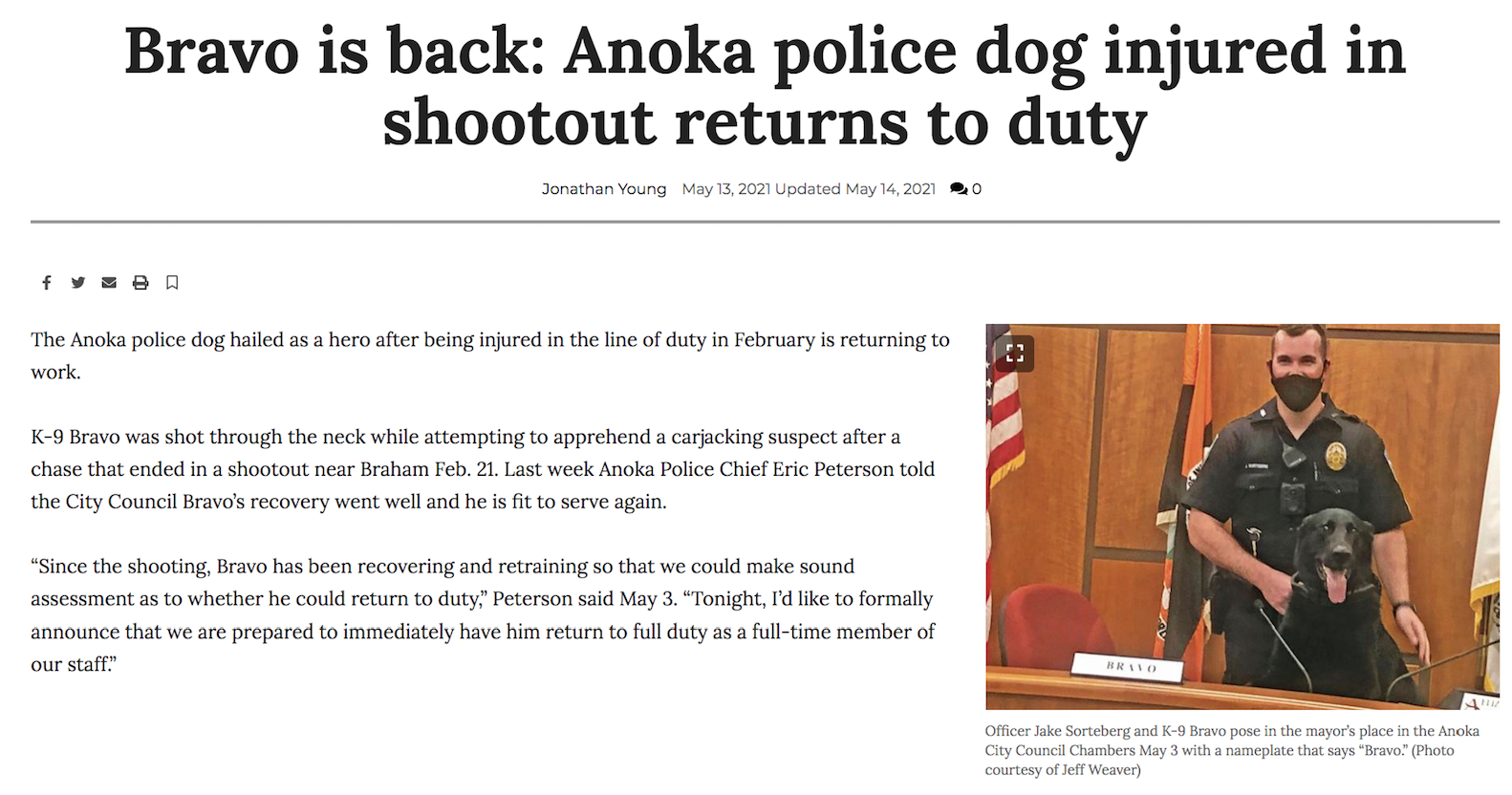 Bravo and his handler, Officer Jake Sortenberg, responded to a shoplifting report in Blaine in February. As Anoka Mayor Phil Rice said, having a K-9 in Anoka’s department helps the community of Anoka but also other communities in the area because they are quickly able to access K-9 services.

The situation that night escalated dangerously when the shoplifting suspects carjacked a truck and fled from law enforcement. After crashing the truck, one suspect was taken into custody but the other attempted to flee on foot. It was at this point that Bravo was deployed to track the second suspect. Unbeknownst to law enforcement, that suspect was armed and shot K-9 Bravo in the neck.

Officer Sortenberg said that he and Bravo immediately received nationwide support and encouragement for Bravo’s recovery. In addition to receiving more than enough donations to cover the cost of Bravo’s medical care and therapy, they also received treats, toys, and gifts.

I want to thank K-9 Bravo, Officer Sortenberg, and each and every one of the officers from Blaine and Anoka’s law enforcement departments who put their lives on the line in responding to this incident. You are all heroes, and words cannot fully express our gratitude. I also want to thank the people who rallied around the department after the shooting. Our communities are safest when we cooperate with officers, better enabling them to protect and serve us all.

P.S. –  If you have a #ThankACop story to share or an officer to highlight, please email us at info@emmerforcongress.com. We look forward to hearing from you!