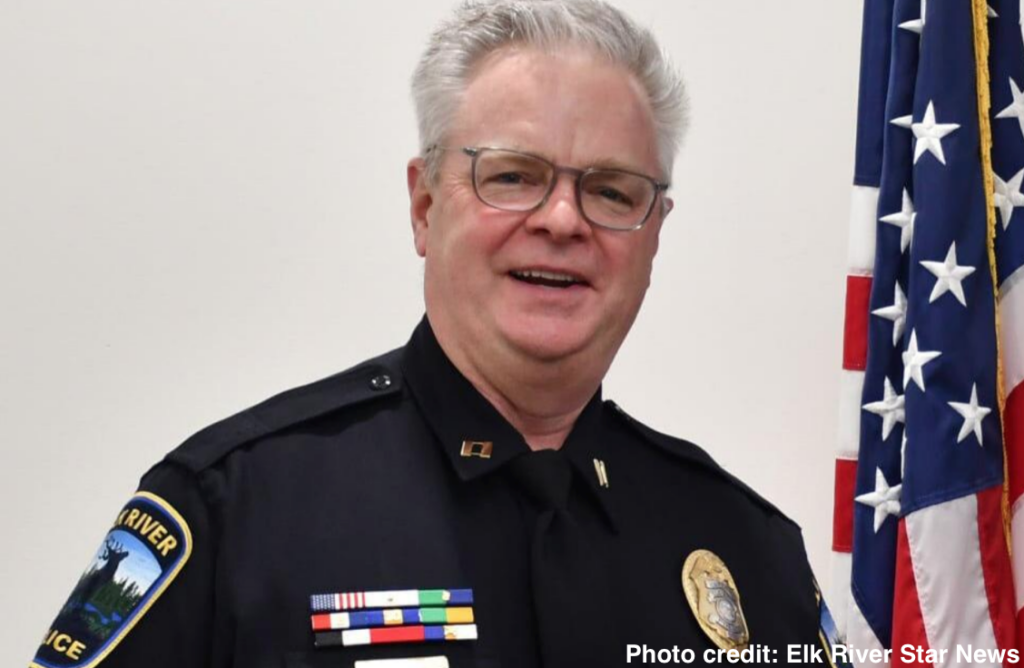 A native of Cleveland, Minnesota, Captain Kluntz began his career in 1990 in Elk River as a patrol officer after graduating from Mankato State University. He moved on to work as a Drug Abuse Resistance Education (DARE) officer and a juvenile detective before beginning his service as an administrative captain in 2005. Since 2005, he has started his department’s armorer program and served on his department’s training cadre, SWAT team, and honor guard.

The Elk River Star News interviewed Captain Kluntz about his service on his 30 year anniversary, and I encourage you all to read that piece here.

Thank you, Captain Kluntz, for your three-plus decades of service and dedication to Elk River. We know that the community of Elk River and its police department are looking forward to your continued service!